They Know Their Job But Know Nothing About Graphic Design; So What? 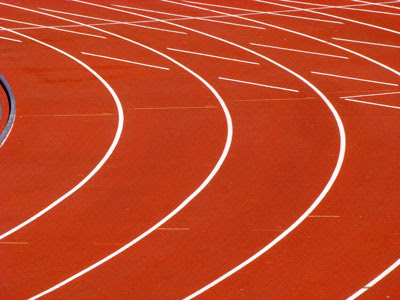 Usain Bolt and Michael Phelps had an amazing London Olympics. I can safely assume they know their sport fairly well. However, I know something about sprinting too because I was a sprinter in high school. And I also was a pretty good swimmer. But I would never presume to counsel either on how to improve their individual performances just because I have a little experience in those areas.

But, ironically, I can imagine them feeling comfortable telling a graphic designer how to design. I've seen shows like The Apprentice, where graphic designers come in and act as a pair of hands for the contestants. Why is it that those who hire a professional designer automatically assume they can counsel them on how to design? There are at least two main reasons.

People know their subjects well. And designers have to learn what that is.

Designers, even in the same industry, have to learn what their client wants and why they want it. It doesn't matter if the designer has worked in-house for years, or even longer in an industry than the client or boss. The client knows what would make their job better, or would get a bottom line result. The designer must design something that the client knows will work with their audience. Unless the boss is a designer too, that's just the way it is.

However, that doesn't mean the designer doesn't contribute something outside the expertise of the client or boss. In fact, it's the designer's job to make clear what the client needs in order to be successful. The client is making business decisions which the designer needs to support. But the designer knows how to accomplish that visually, using principles of design, intuition, and sound judgment. The designer can avoid a micromanagement situation by communicating clearly and justifying design decisions cogently.

The reputation of graphic design as a career field is woefully misinformed.

The best way to combat this is to be a valuable professional whether as an in-house designer or as a freelancer. Always document and justify decisions. Always work with contracts or agreements. Be prompt. Be communicative. Be cordial. And be a good listener. Don't sell yourself short, and be confident in your decisions. And when you give clear reasons for a design decision, accept honest feedback and do whatever the client or boss wants in the end. But do so with the confidence that you made your professional opinion clear.