When Bosses and Designers Fight for Honor 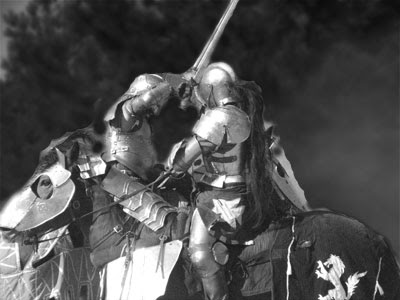 When I've worked as an in-house designer, one of the things I quickly understood is that when my boss or client is a non-designer they will always expect me to produce a series of products. What I mean is that they believe the value of a designer is in their production, not their thinking. (Although it can be similar with freelance clients, the client's expectation is tied so closely to their expenses that they unconsciously desire a professional perspective along with production.)

Let's face it, clients want products, while designers value their creative ideas. It's all well in good as long as the client and designer are on the same page. But what happens when the expectations are opposed to each other.

For example, let's say the client or boss wants a brochure. When everything works smoothly both parties will desire for the designer's creative thought process to be applied to the project. They may value it differently, but the goals are the same. And they will work collaboratively to achieve this. But when the boss just wants the product quickly, with some creative flair, there can be tension. This is so because the designer knows that creativity comes with a cost — in time, effort, information-gathering, and details. However, the boss believes they can get what they want without paying those costs.

The problem can be avoided when the boss and designer understand that they both want the same thing. In other words, the designer's true value is in their ideas and creative thinking, regardless of the budget, time-constraints, or boss' understanding. And bosses do not simply use designers to produce products. They really want a professional designer's unique skill and creativity.

Respect will go a long way in creating great work for clients, bosses, and designers alike.