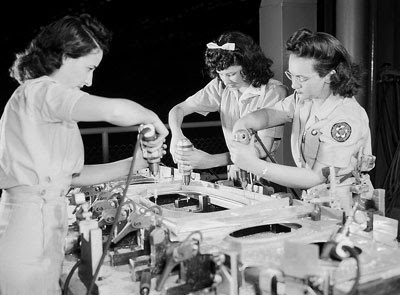 Yesterday I caught part of the episode of America's Next Great Restaurant (ANGR). This episode reminded me of last year's Celebrity Apprentice where each team needed to produce a successful ad campaign. In each show they enlisted the help of graphic designers to help them succeed. Yesterday, in the ANGR episode, contestants stood over the shoulders of graphic designers to guide them in quickly producing a logo for their proposed restaurant idea.

I understand that this competition is not how people really work with graphic designers. Uhhhh wait…I could be wrong. People can get the idea that this is how to handle designers. You see, shows like this portray graphic designers as producers, not thinkers. In other words, designers are not seen as useful for their service, creative thought, years of training, and experience. They are viewed as producers of a product. Like an assembly-line worker. Graphic designers don't need to use any thought to do their jobs, just push pixels around and operate the computer.

The problem with this view is that the graphic design field becomes undervalued. And when that happens people will come to value a designer's time based on their own sense of aesthetics rather than a designer's creative insight. Think about it. If a client wants a logo, but doesn't understand what constitutes success, they may get anyone who has Photoshop to push some pixels around to make something pretty. However, that pretty logo can't be used in print, doesn't communicate the true nature of the client, and fails to connect with the intended audience. But at least it's pretty.

I certainly want to make clear that graphic designers are not simply the hands of clients and bosses. They are a valuable asset in all sorts of visual communication problem-solving. It would be a shame to limit a project to a non-designer's vision when the creative experience and knowledge of a good designer is right at their side.