What Makes a Great Boss for an In-House Designer? 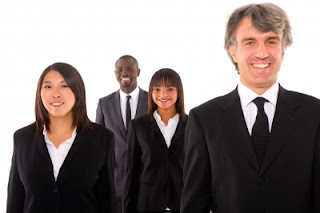 I have been in the world of freelance design and in-house design for quite some time. There are a lot of differences and a few similarities. A similarity and a difference is that the client is your boss, but on a part-time basis and for a season. Although in-house designers have a boss, it’s usually on a more daily basis and for the life of your employ.

So what makes for a great boss? Well, great bosses:

They seek out a designer’s professional opinions. They might not always agree, but they respect the designer’s expertise. And on occasion this boss may give sound reasons why they agree or do not agree.

Have an interest in a designer’s professional development.

They want to see their designer grow both creatively and skill-wise. They value the education and creative exercise of their designer’s mind, and want them to thrive. They see this as a wise investment because they understand designers are not know-it-alls. The field of design is constantly changing and if their designer keeps up, it will benefit the boss in the long run.

They don’t see design as the last thing that happens when all the “real work” is done. They want their designer to be involved from the beginning in the decisionmaking process, because designers have a unique perspective and they need appropriate timelines. This allows the designer to develop solid ideas, and have the freedom to explore creative solutions based on reality. Sometimes the time is too short to allow the designer to have this creative input, but a great boss knows this and appreciates a solid effort from their designer. In other words, a good design solution in a short amount of time is not taken for granted.

Are easy to talk to.

They don’t have to have an “open-door policy”, but they enjoy talking with their designers. They are great listeners. But they have expectations that they clearly communicate to the designer. Even when they may have a criticism of their designer, they do so clearly, directly, and with care. And they desire to hear their designers share their professional opinions.

Provide designers with plenty of information.

When a new project is given to a designer it comes with a creative brief, and plenty of background information. They will also sit down with a designer to see if the designer has any questions. When appropriate a great boss would bring their designer to meetings with other internal clients to get a feel for what’s being asked for, and to have input into the discussion.


Photo courtesy Ambro of www.freedigitalphotos.net
Posted by Kerry at 8:05 AM