Who's on First Base? The Client and Designer Relationship 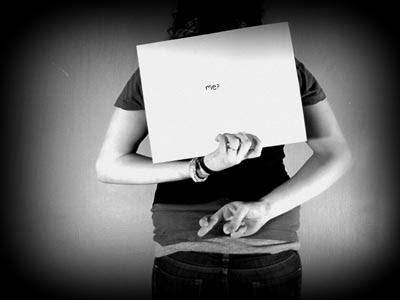 The project is nearly complete. Frank just wants a few extra changes. Although he appreciates that Terri checked some of the facts in the booklet, he expects her to provide proofreading and editing services. And now he wants to change some of the URLs and contact information. But it's just hours from sending this to the printer.

Terri makes the changes, and sends Frank a quick PDF proof before she sends the booklet to the printer. Frank, realizing the time is short approves it without looking at it. So, Terri get's' it to the printer. Eventually, Terri receives a proof
from the printer and everything looks fine with her. She figures Frank doesn't need to see the proof since, at this point, it's a matter of checking color, placements, and possible imaging and printing issues. Looks fine, so she gives the printer the go-ahead.

A few weeks later, her client, Frank, receives several boxes of printed booklets. He's ecstatic until he finds out that the URL's and contact information he gave the designer are all wrong. He's livid, and blames Terri for not checking the new information. He wants her to eat the cost for reprinting them. She turns around and blames the client for not giving her the right information, and refuses to pay for a reprint. But, Frank responds saying she didn't check the information on the printer proof like she customarily did. She responds saying that's not her job.

Who's fault is it? What went wrong? How can they remedy the situation?

This scenario is fictional. But I guarantee that this situation is not. I've seen this happen before. And I've experienced some of this myself. First, let me say that there is a way to save this situation without destroying the relationship. The designer, client, and the printer need to sit down together and work something out. Not that the printer really shares any of the blame in this situation, but it would behoove him to acknowledge that his customers are in a bind. And a good printer will value the customer's future business and help them develop a workable solution. Maybe even offer a discount on the reprint. The designer can acknowledge that she didn't explain the roles in the very beginning, and indicate what is impossible for her to be responsible for. And her client has to admit he is responsible for reading his own material.

So, the real question is how to avoid this situation in the beginning? Well, this is easier than you might think. As a designer, it's important to lay out the specifics of the job first. That includes making clear the responsibilities. What I mean is that it should be clear who's responsible for what in the contract and/or creative brief.

When it comes time for the client to review and give approval, make it clear they acknowledge having properly reviewed the material and find it without error. (Thus, accepting responsibility if they miss something, or supply the wrong information.) It's good to formally have him sign something to indicate this, but an email acknowledgement is sufficient.

In many cases, however, designers offer the courtesy of checking the material too, and may catch errors the client may have missed. But even in this case it is important to get the client's approval to confirm this. And the designer should never give the impression that this courtesy implies responsibility. That's why it's important to get the clients approval even in those cases. Although, sometimes designers introduce errors when making edits, the client should not simply trust the designer to catch all this, though the designer does share the blame in those circumstances. However, if the designer makes errors that are not indicated on the approved proof, the designer is entirely at fault.

Last, it's a good idea for designers to discuss with their client, ahead of time, what they should expect to review and approve. This helps guide the client in what to look for when they review anything, even a printer proof. And it helps the designer know what the client really wants to see and why.
The point here is to minimize confusion and build a good working relationship.
Posted by Kerry at 8:10 PM