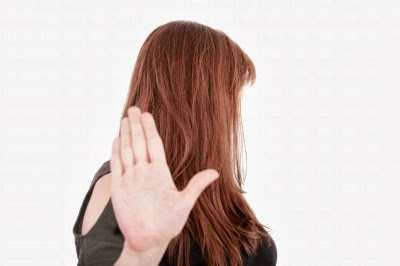 I've said it before, handling criticism is a given for designers. And there are good strategies that designers can use to handle it well. But, it's not a guarantee of success. Here's what I mean.

Tim is a seasoned designer. He was working for a not-for-profit company that had trouble valuing him as a designer. Maybe it was because marketing and design were foreign to their main work, they felt that marketing and design was what to do when they were getting into financial trouble, or it was a necessary thing they do to get the word out. Either way, it wasn't their main concern.

One day, Tim had had enough. The administrative assistant, Nancy, to Tim's manager's boss wanted an invitation designed for the company fundraising event. It was a project Tim desired to make special. He designed something that was going to look good in his portfolio, and he felt that it was a piece the whole company would truly value. Everyone thought so too, except Nancy.

She came back with all sorts of revisions that didn't seem to make sense. She wanted different leading between bullet points, she wanted to replace the image on the front — with a collage of different pictures showing all that the company did — and she wanted it all laid out exactly like her MS Word™ document.

To say the least, Tim and Nancy did not see eye-to-eye. She yelled at him and demanded he just do what she wanted. Who's going to side with Tim on this? Nancy felt she had more experience with designing invitations than Tim. And the boss of Tim's manager listens to Nancy. And no one really valued design anyway. So, this was a no-win situation for Tim.

Sadly, these types of situations are more common than they should be. And thinking through a situation like this that a friend of mine experienced, I realize that good strategies just will not easily work.

First, when a fellow co-worker is not satisfied with a designer's work, and angrily barks design orders, the designer can just listen and respond to the real needs. In other words, listen to what the person means, not just what they say. Then the designer can respond with questions to clarify the real problem. And set about agreeing to solving that, instead of allowing the co-worker to be the designer.

In this situation, there's little incentive to work with the designer like this because Nancy felt she did the design already. She just wanted him to "make it pretty."

Second, normally a designer can deal with inappropriate behavior by discussing it with their immediate manager. The designer's manager can act as a mediator. And the manager can then filter all the emotion and come to the designer with workable plans.

However in this situation there was not much company respect for marketing and design. The designer's manager understood that he would lose a lot of credibility if he got involved. He may step in, but would just turn and demand the designer do what Nancy wants done. But it's more likely he would just command the designer to "get along" with Nancy.

Third, the designer can revisit the project plan or creative brief to clarify the goals. If the goals have changed, it can be formally stated as a change in scope or project alteration. And it should be treated as such formally — in writing.

The problem in this situation, however, is that there was no creative brief or project plan in the first place. This invitation was not considered a major project and the goal seemed obvious: invite people to a fundraiser event. There was no goal set, because it was a matter of the designer just obeying the administrative assistant as a good service-provider.

So you see, not every situation can be handled optimally. The best thing to do is smile, listen, and do exactly what is requested to the best of your ability. Then seek employment elsewhere.


Photo courtesy David Castillo Dominici of FreeDigitalPhotos.net
Posted by Kerry at 7:00 AM