Is it a Spec or a Plank? 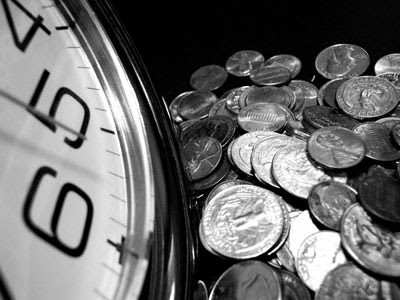 Photo courtesy of cohdra of MorgueFile.com

I've been noticing a disturbing business trend. There is a proliferation of graphic design spec websites and businesses cropping up all over the place recently. The idea that's fueling this trend has been around for centuries. It seemed to have been on the wane in modern times, but is currently picking up momentum in these cash-strapped economic times. The use of spec work to get cheap graphic design labor.

What is spec work?

Spec work commissions designers to compete with each other by producing work for free in the hopes of winning a design project. Many design contests are build around this idea. And the prize is often way below the cost the project would normally garner for the scope.

True, there are some situations where a request for proposal is made that isn't spec, per se. In those cases, firms would compete by bringing ideas of how they would approach the client's problem. Sometimes businesses would choose the few select firms that fit their style of work, and have them come in with their proposals. Some businesses even pay for those presentations.

Also, there are design contests that are not intended for wide, money-making purposes. These may be okay. But even in those situations, organizations are gaining from a designer's hard work, experience, education, and equipment — which can be quite expensive — with little return for the designer's efforts.

So what's the problem?

The value of graphic design is diminished greatly.

Spec work lowers the value of good, thoughtful, design. It is the result of some businesses seeing design as a simple commodity, rather than a thoughtful business solution. "Hey, I want a logo. It's easy. Go buy a pretty one and be done with it." And as a result, designers who've spent a lot of time and money to gain the experience, knowledge, skills, and mastery of their natural ability suddenly can't afford to do what they do. Even those designers who think that working for free or cheap is a good idea, can't live on what they make for very long. Thus, this creates an environment where graphic design becomes an untenable career choice for good graphic designers.

Designers who hurt, hurt other designers.

There are a lot of young, inexperienced designers out there. And the internet has opened the floodgates to designers all over the world. And many of these designers are hungry for work. As a result, in the minds of some businesses, this creates a veritable smorgasbord of designers to choose from. And as stated above, this reshapes the view of the graphic design field.

It distorts what graphic design really is.

Graphic design isn't decoration, fine art, or just making pretty things. Though it's true that good design should be beautiful, it is primarily a visual solution to communication problems. It is first and foremost the development of creative ideas and thought which will determine the success or failure of a visual design solution. It isn't about making something. Making something is the result of creative thought, not the driver.

It is a bad and often unethical business practice.

It's wrong to not compensate people for their labor on your behalf, unless they agree to your terms. But even if they do, it shouldn't be because you are taking advantage of their desperation, naiveté, or neediness. That is called exploitation.