The Moving Target of "Green" Marketing 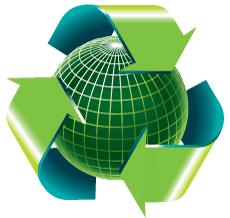 Joan made up a new game with her sister. But Joan's sister could never win it.

It was Joan's game and she made all the rules. And when Joan's sister began to win, Joan just modified some of the rules to ensure that her sister would not prevail.

Now, Joan was just 5 years old, and her sister was just 3. And kids typically do these things because they don't understand what makes a game enjoyable. What makes a good game is not one rigged for you to win, but one where you really accomplished something. No one cares—not even yourself—if you received a medal that you created. It only matters if you actually earned one from a mutually agreed upon assessment.

But it brings up an important question. How do you win a game if the rules keep changing? Answer: you can't. So, don't play the game. Play the game that you have a chance at winning according to a set of mutually agreed upon rules.

How this applies to corporate marketing.

There is a recent study by Lippincott and The Climate Group that found that 76% of U.S. respondents couldn't name a single brand that is taking a lead on tackling climate change, despite the billions being spent to do so. Only "GE, BP, Toyota, Walmart, and ExxonMobile scored well" in conveying the message. (Graphic Design USA, September 2008, p.42)

One of the big problems in this area is that everyone has a different understanding of the issues and solutions, and these solutions constantly shift depending on new information and promoted outcomes. For instance, Bio-fuels are a good solution for alternative energy. But we now realize that it has the unintended consequence of creating food shortages and rising prices that the poor cannot afford.

Therefore, the general public is looking for evidence beyond the marketing that fits their particular understanding of "sustainability" and "global responsibility," which changes almost daily.

Can't base your marketing on shifting sand.

Promoting your efforts on moving targets is apparently not a good return on the investment. So, what do you do if the target is shifting so much? Change the game.

Let's look at consumer psychology. Judging from the effective marketing of BP, Walmart, or Toyota, it seems that the average consumer values a corporation's feelings and questions. These companies appear more honest and authentic when they choose to promote their dilemma. The fact that a company doesn't know what all needs to be done, but really wants to do something about the problems, resonates more with consumers than what they decide to do.

However, for these promotion efforts to prove successful, they had to do both. For your business, express your concerns and inadequacy, and make decisions on what you are going to do. This allows you to adjust your actions without having to put a lot of energy and money into re-prioritizing. Just keep your message of concern and desire consistent and authentic. Then you will be able to adjust what you do as you, or your market, come to understand the issues differently.