Why Justifying Design Decisions May Not Solve the Problem 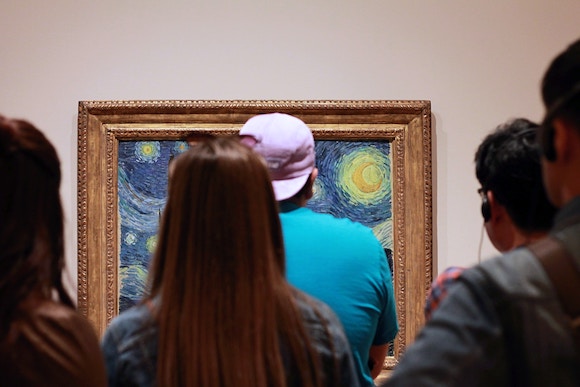 In the era of iterative design and agile workflows, there’s an inherent misunderstanding that can arise.

Designers may be required to give justifications for every design decision.

Most non-designers — team members and stakeholders — do not understand the design process and how the Gestalt theory of design affects design decisions. Designers make design decisions in according to the whole project, not according to a single portion. So, when a stakeholder is more influenced by small details, they ask for changes without regard to how it affects the overall design, message, and feel.

Here are some of the problems that arise when designers have to justify their design decisions to various stakeholders.

Encourages the waste of time

The designer has to document every decision big or small because the stakeholder cannot distinguish what’s important. So, a lot of time is spent educating and explaining inconsequential distractions. For example, at a crime scene a trained professional can distinguish what is evidence (items that point to a conclusion) and what are artifacts (items that bear little consequence to the case). People uneducated in the investigation process will not be capable of making those distinctions, and go with their "gut" in their decision-making.

Non-designers often don’t effectively articulate what's needed because they rather critique solutions than define problems. So, designers either have to spend time asking for more information, devising ways to defend decisions, or just do what's being asked of them. This takes time away from devising real creative solutions for real problems.

When a designer is trained to please the lowest common denominator, they are being trained to create mediocrity. Designers will eventually develop a body of work that doesn’t accurately reveal their capability. This will lead to frustration and boredom for designers. Designers in this situation will find it easier to simply imitate tried and true solutions than to press for creative thinking. After all, the tried-and-true is not questioned as much. (That's why it's tried-and-true.)

How does design fit in with today’s iterative process workflow?

Instead of atomizing every design decision, allow designers to use some of their intuition and knowledge as a basis for decisions. Non-designers can ask questions about decisions they don't understand, but they shouldn't expect a justification. Rather, they should be inquisitive and offer a perspective based on the objectives — not their preferences. And when design assumptions are tested, stakeholders should be aware that the details are not what determines the best course of action.

For example, a red button in an email may get more clicks than a blue button. But the color red may not be the sole reason. Often a certain color attracts more attention because it contrasts with the overall design — making the call to action seem more compelling. Change other elements in the email and you can easily get different test results.

The best rule of thumb is to create and follow the creative brief, keep the main goal in mind, consider the audience, and be suspicious of personal opinions. Let’s identify and solve the problem designers are asked to solve.

Photo by Madai Valencia on Unsplash
Posted by Kerry at 7:30 AM