What is Ethical Graphic Design? 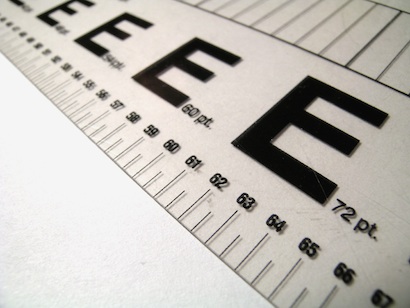 Not too long ago I've seen many articles discussing ethics in graphic design. Some discussed how to be ethical as a graphic designer. Some discuss doing work that is ethical. And some discuss graphic design itself as an ethical pursuit. All these seem to center around current popular, cultural, and political ideals such as the environment, making a difference, and raising the standard of education for disadvantaged youth. But none really deal with the elephant in the room: What is ethical graphic design? Or in short, what are true ethics in general?

I know this is a heavy subject, and I do not plan to delve too deeply into the problems and ramifications in a short article. But I want to question the usual way modern designers look at this subject.

If they are universal in this fashion, the only logical assumption is that morals are grounded in a Person who not only represents these ethical standards but to whom we are all accountable to. And this Person must be universally stable, and above all that exists. For we can only truly offend a person.

But let's say we don't believe that. But we do believe in morals and ethics. We will suddenly be hard pressed to ground morals in anything other than ourselves. And every person has a different opinion. Therefore, morals and ethics cannot be universal. And they will be dependent on might and power. Whomever is in charge gets to ground the morals at that time.

But why? Is it purely a matter of survival? Why should that matter?

On the other hand, ethics and morals being grounded in a Personal Being, who is over all and holds all things together, makes the most sense to me. It allows moral principles to be free from unstable power structures, or from the latest fickly fad. And we can work towards a common goal that is virtually unmovable and stable. And whether we are successful or utter failures in the eyes of those who care less about our ethics, we will all have an ultimate Judge who can commend us or hold us accountable.

In this manner graphic design can be truly ethical, because it simply must meet the approval of the only One who matters.


Photo courtesy jeltovski of morgueFile.com
Posted by Kerry at 8:07 AM