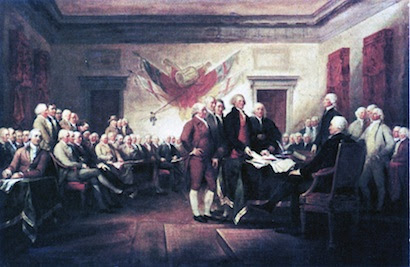 Independence day is the celebration of the birth of the United States of America. America's independence was fought for because of certain ideals and principles that guide this country even today. The freedom to assemble, to protest the government, to practice ones religion, and to speak without fear are just some of the principles we fought for, died for, and live by.

Photo courtesy snowlepard of Flickr.com
Posted by Kerry at 12:02 PM