Why a Codified Process Works 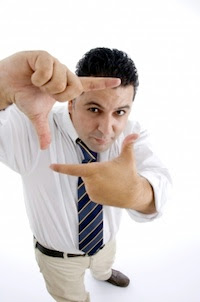 Although I've mentioned why it's so important to codify the design process, I haven't really said why this works.

For one thing, the communication is clearer for a reason.

When the goals, objectives, and responsibilities are laid out clearly, it's just easier to talk about. And when there's a shift in scope it is easier to identify and deal with it, rather than just feeling something is wrong. The client and the designer are aware of what they agree would be the best visual approach. And both parties know that the designer understands the goals of the client. So, any problems that arise during the process can be objectively solved, rather than resorting to blaming and arguing.

As a result, the review process becomes more objectified.

What I means is that any design changes or edits are not just about personal tastes. If the design work is not going well, the client and designer can approach the problems from a more objective viewpoint. Does the design meet the objectives in the creative brief? If so, does the creative brief need to be adjusted with new information? Sometimes the problem is that there are unstated objectives and goals, or the scope has changed behind the scenes. Rather than the client blaming the "lame" designer for not catching his vision, or the designer thinking the client is just "dense," they can work to articulate the problem and suggest workable solutions, together.

Now, on the flip-side, without a clear process the design work automatically gets more difficult.

This is because there are a lot of assumptions made when clients and designers communicate with each other. First of all, although the goals and objectives may have been discussed, they are rarely in as much detail as a designer would need to generate appropriate ideas. Designers need to understand the main drivers for the project in the first place to even begin to address the design in a coherent manner. On the other side, the client feels that they know what to expect from the designer. But designers are not always going to deliver what the client expects when they are working off of separate assumptions.

Hopefully, I've stress this enough, how important it is to be clear about the design process. It's good for designers and clients, and their on-going relationship to work with clear expectations all the time.


Photo courtesy imagerymajestic of freedigitalphotos.net
Posted by Kerry at 8:30 AM